Architectural value
Built in the 19th c.
Restored in 1972

In 1893 the city bought a theatre building from the private person and reconstructed it in the style of Neo-classicism. Its facade was strictly symmetric with many classic decorative details: an annex with three angled pediment was added to the main façade and a one-storeyed extension was built with the balconies above. The arch loggia was left in the center. The walls of the building were divided by the classical decorative elements. The interior of the theatre was reconstructed. In 1990 the facade of the theater was restored and the inner part reconstructed. An extension was built. 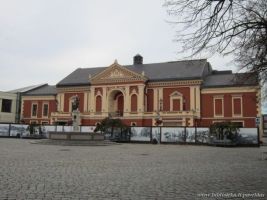 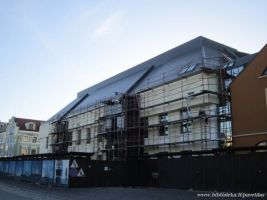 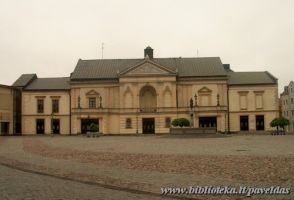