Complex of the buildings of the distillery-brewery plant (38 H. Manto St., 25 Sauliu St.)

Complex of the buildings of the distillery-brewery plant 25107 (previous code G231K), historical part of the city,

A two-storeyed red brick distillery with a flat roof is situated in the yard of the complex. The founders and German and Czech “Spyrtaus Joint company built it in 1921. A brewery (25 Sauliu St.) consists of who different volumes (two-storeyed and four-storeyed). There is an entrance with metal gates between them. It is a red brick building decorated with the vertical trowels, horizontal cornices, segmental window that are set in a rhythmic pattern and other details of the “Building material” style (Materialist). Most likely the brewery was built in 1890 and it had a name of “Bohemia”. Since 1945 the structures were used for the malt to produce, later – as a warehouse. Now it is in the cracking stage. A gorgeous two-storeyed brick administrative building of oblong plan (two buildings are connected) in the Herkaus Manto street was reconstructed in 1921. The facades reflect late Jugeng, Expressionism and Constructivism. 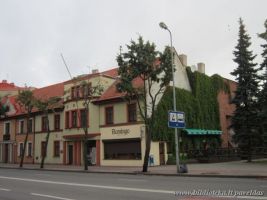 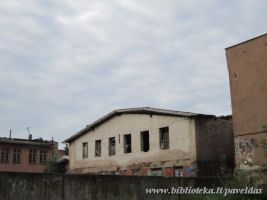 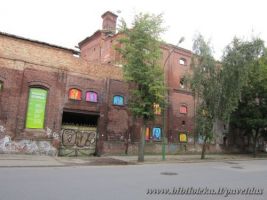 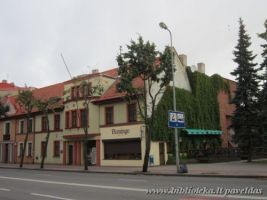 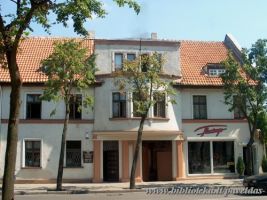 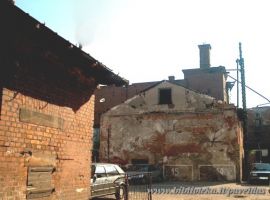