Historic, architectural, urban value
Built in the 2nd half of the 19th c

A brick rectangular two-storeyed with a high gable roof building No. 8 of Zveju Street was built in ca. 1861 in Neo-gothic style and was used for the storage of different goods. The building No. 12 of Zveju Street is similar to the previous one. It was built in ca. 1871 the original building was three-storeyed but after the war the third-storey was pulled down for the storage of different goods. 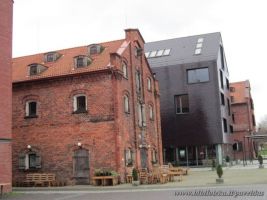 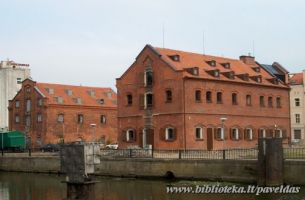