A famous public figure of the Minor Lithuania bibliographer Morta Zauniute was an administrator of the magazines “Varpas”, Ukininkas” and newspapers “Naujienos”, “Darbininku balsas”. In ca. 1930 she came to Klaipeda to live with her sister who was a doctor. She rented the first storey of the building. She lived in Klaipeda until the year 1945. She died in East Prussia under unknown circumstances. 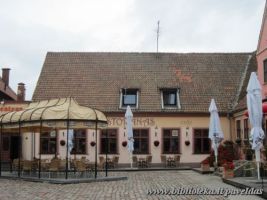