A brick one-storeyed house has a basement and a garret. (The house was built in the style of late Baroque. It belonged to a wealthy citizen doctor Gordack and since 1858 it was a property of the presbytery of Lithuanian Lutheran church. 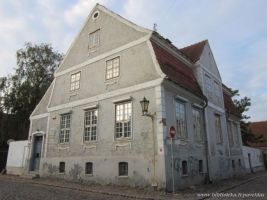 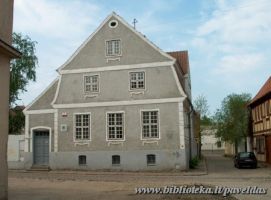