A one-storeyed building of a rectangular plan with a gable roof was built in the second half of the 19th century according to the construction traditions of that time. It had elements of Classicism. 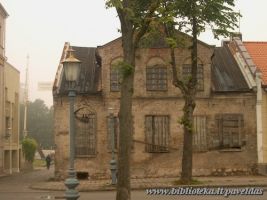