The two-storeyed brick stucco savings-bank building with a jetty on the second storey and a prominent attic goes with the rest of the houses in the Turgaus street. In 1907 the bank was located in the house that was built in the second half of the 20th century. In 1920s it was rebuilt in the Motherland style. 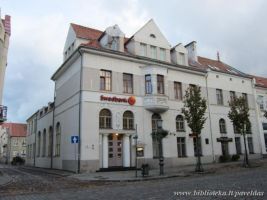 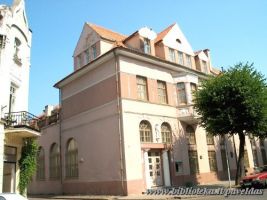