A one-storeyed house with a garret and a basement was owned by the keeper of the sea-bank (forestry). It belongs to rational trend building materials style (MATERIALISTIL) of German architecture (end of the 19th century). The plinth is made out of masonry of the ashlars in three rows. The masonry of the red bricks reaches the middle part of the windows on the first storey and the stripes of the red bricks go up to the roof, edging of the windows and segment lintels. In-between the stripes there is a roughcast. A gable roof has the hip-roof elements in pediments. There is a pediment uplifted in the center of the southern facade. 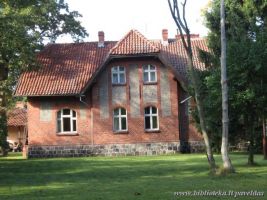 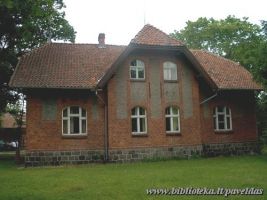