A two-storeyed brick house has a gable roof, a basement and a high plinth. There is a high two-way staircase on the side of the street. The embrasure is arched. The decorative symmetric street-door has ornaments curved on it. In 1939 the moderate building of a wealthy Klaipeda citizen in the style of Classicism was owned by the craftsmen who had the workshops outside. The basement of the building was used for trading. In the first half of the 19th century it belonged to a merchant A. Overlander. Now is Respublican Klaipeda Hospitals Outpatient - Consultation Psychiatry departament. 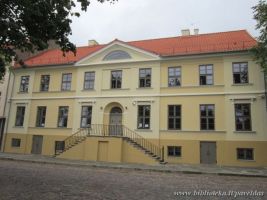 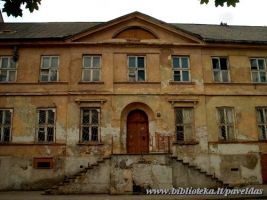