A two-story brick, symmetric building of a rectangular plan: there is a porch in the center and there are two rooms on each side of the porch. The architecture of the street side facade is simple and moderate. The building is typical middle class citizens‘ house.  Later there was a school named Naujamiescio (or Zardziu). In 1843 it was made higher from the side of the yard. After the reconstruction the stairway to the second floor was made. In the beginning of XX c. the school was made into a hotel. After the war the building became residential. 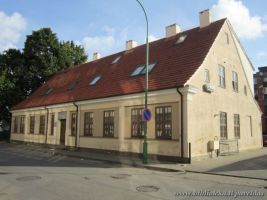 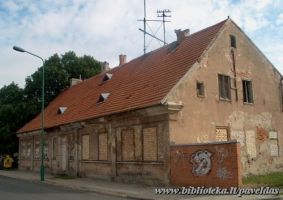