Two-storey building with a cellar, brick, ornate house. A former villa-residence of a wealthy merchant from England J.Simpson was built in 1820 according to the project of English architect. There are clear principles of the central composition in the building, which are typical to the buildings of the second half of the 18th century- end of the 19th century Neo-classicism style. Now located in the Clock Museum. 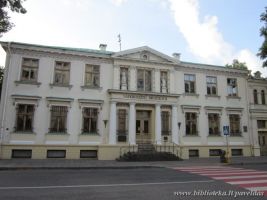 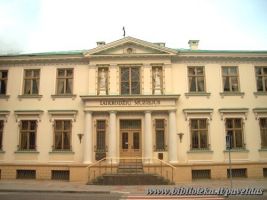