Architectural value
Built in the middle of the 19th c.

The oldest one-storeyd house in the J.Janonio street is symmetric with a garret and it has a rectangular plan. The roof is tiled. The house has elements that are typical to Classicism. In the 19th century there were two living houses that belonged to the middle class citizens. At the beginning of the 20th century they were reconstructed and connected into one building but the symmetry was kept. 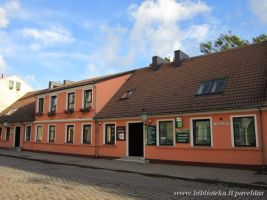 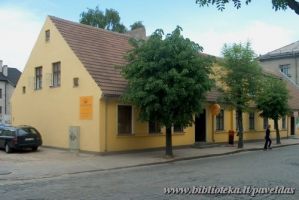