Architectural value
Built in the 2nd half or the 18th c.

Former living house of a wealthy merchant most likely was built in the Classicistic style but after the renovation at the beginning of the 20th century the curb roof of broken forms was made. It speaks about the influence of the modern style. 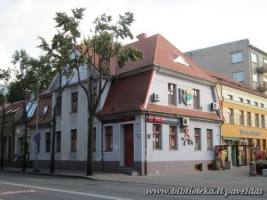