In 1938 a saving-bank of the city was built at the crossing of Herkaus Manto and Liepu streets. The constructions were funded by the city. The big three-storeyd building has a garret and basements. Its architecture is defined by the new as well as retrospective tendencies. A part of the building is uplifted on the pillars; other elements are typical to the Northern Gothic. 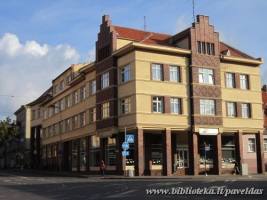 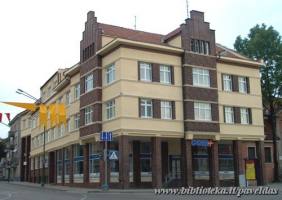