The building of a rectangular plan and symmetric composition is brick stucco two-storeyd with a garret gable roof covered with tiled made in Holland. The street façade is decorated with a multitude of segmentations, architectural details, stucco moldings. Former building of the school was built in 1851 but it burned out in 1854. It was rebuilt. In 1860 the school was given a name of gymnasium. In 1896 the community of Jews bought the building. In 1898 the building was reconstructed in the historic style and made higher. 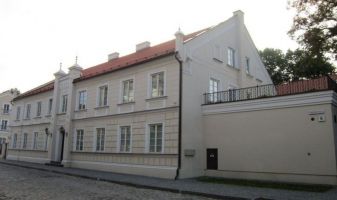 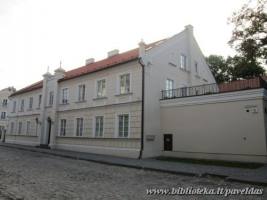 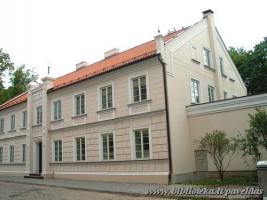