A two-storeyed house of a rectangular plan and symmetric composition belonged to a merchant and Danish consul Lorck. The main facade faces the Dane River. In 1846 a magistrate bought it to arrange the town hall. In 1875-1877 it was reconstructed according to the project of a local construction architect Cornelius. The building has elements of Renaissance and Classicism. 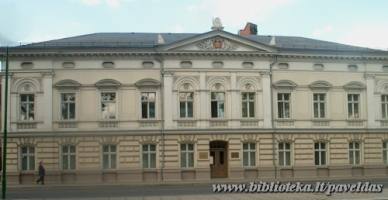